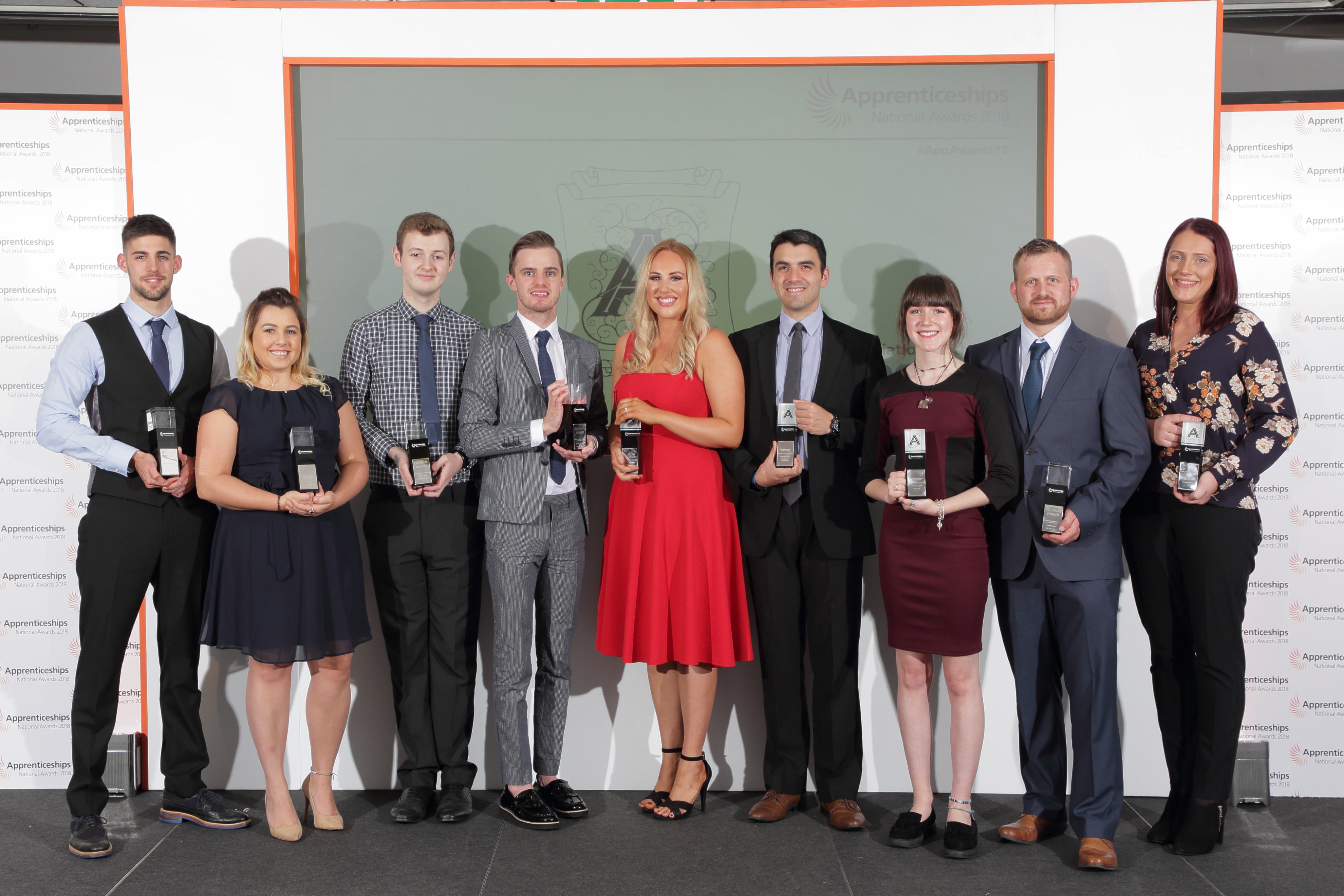 A Bury College apprentice has received a Highly Commended award at the National Apprenticeship Awards 2018.

Stephanie Moyle attended the prestigious Regional Apprentice, Rising Star and Apprenticeship Champion of the Year awards ceremony held at the Manchester Marriott Victoria and Albert hotel. The National Apprenticeship Awards showcase and celebrate the diverse range of sectors engaged with apprenticeships and the outstanding success of individual apprentices.

Stephanie was delighted to scoop the award and to be recognised for her exceptional apprenticeship success alongside apprentices and employers from companies including BAE Systems, Lloyds Banking Group and Royal Mail.

24-year-old Stephanie’s apprenticeship journey started in 2014 when she achieved her Level 2 Business Administration before going onto complete her Level 3 apprenticeship at Eatock Primary School in Bolton where she worked in the school office.

In October 2016, Stephanie secured the role of Office Manager and appointed two new members of staff to support her in the school office. This is when Stephanie chose to return to Bury College and achieve the Team Leading apprenticeship.

Stephanie said, “I am so thrilled to have won this award! Bury College and my employer have continued to support me over the years inspiring me to keep learning which has enabled me to grow in my career.”

Stephanie undertakes a demanding role as the school Office Manager and is responsible for supervising the finances of the school and monitoring the school budget. Stephanie’s award celebrates the motivation and determination she has displayed throughout her apprenticeship to achieve the career success that she has.

Sharni Haslam, Stephanie’s Learning and Skills Coach, is very proud of all that Stephanie has achieved. Sharni said, “Stephanie has worked exceptionally hard to achieve the success that she has. She has grown in both her career and as a person and has achieved three qualifications along the way. It has been a pleasure to be a part of her apprenticeship experience.”